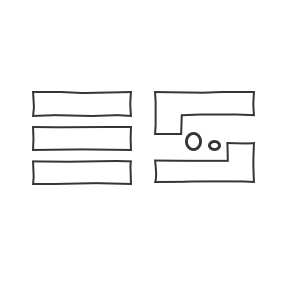 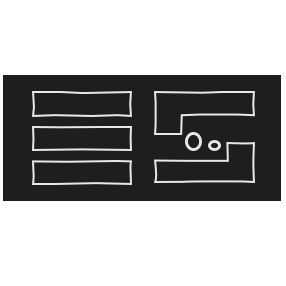 Wremena is a recreation of the beautifully sounding handmade PRS guitar. By means of the vintage and modern analog gears it was transformed into the unique and sufficiently warm instrument, that still has the familiar cozy sound. It's available right now for Kontakt 6.2 (FULL version).

depends on location
*
*
*the patch will be added to the main library shortly
TRY A NEW PATCH FOR FREE*
GHOST GUITAR
Wremena is an instrument with its own character, vibe and texture. It has an intimate, almost invisible tone. I tried to make it as natural as possible and without any unnecessary functionality. That's why it's so minimalistic in terms of knobs. I also limited the redundant customization. Nevertheless, there's a very flexible filling behind that simplicity. You have 5 different articulations on the board. Sustain, matte sustain, mutes and harmonics equipped with up to 5 velocity layers and 6 repetitions of every sampled notes with a different position of the guitar pick. Every sample also has it's own 'pre-air' amount, which you can control by yourself. I didn't clean the samples to the perfect level of clarity, and that's why it sounds so realistic and warm. In addition, you have the Random Octaves patch with repeated notes through an octave and with different dynamics and tempo that were made specifically for textures and recorded manually. Furthermore, every patch has its own sound designed 'brother' - the X slider. It accompanies the main sound in many interesting ways. You can think about it as a guitar pedals bypass button, but here it's a slider, the sound of which, you can mix with the original sound or use it on its own.
When automation is applied to the X slider it starts to shine with interesting textures. Keep in mind that the sound of each X slider was made from the sounds of each specific patch. For example, the X slider's sound inside the Sustain patch was made from the Sustain sound and so forth. A lot of gears were used during sound design process: a tape recorder, some cool fx pedals, the rare BBD soviet reverb and delay, some modular things and so on. The whole library was recorded via the beautiful tube preamp, the 1073' transistor style preamp, the Echoplex amp module, etc. The main sound was captured from the old tube Peavey combo amplifier that sounds as it should - bold, 'oldy' and warm (check the manual for the full chain explanation). Overall there're 4 'lines of sound' in your possession that you can control - 2 microphones lines, 1 pedalboard line and 1 direct line from the guitar to converters. Thanks to this amount of 'sound lines' you have a large number of timbres of your choice. You can play your guitar not only in mono but in stereo too. Just turn the pan knobs and...voila - your sound became wide. And it's so simple like nowhere else. Want more? Just add some analog vintage or modern effects with Echo and Space. They were captured from the rare Soviet BBD Delay, the Moog spring reverb module and the old school Boss reverb pedal.
A guitar will be the very first instrument in my collection of libraries and there's a reason why. While not being a good guitar player myself, I always wanted to have a virtual guitar which would sound as realistic as possible and would be bold and warm on its own. After a long search among all the existing libraries and not finding exactly what I was looking for, I decided to create one myself. So I spent months on working on it and I achieved what I wanted. Just give it a try and play it without any other accompanying instruments.
Right now it's available only for Kontakt 6.2.2 full version. Unfortunately, at the moment you can't use it in the Kontakt Player, but I'm working on my own VST/AU plugin and it will be ready soon, I believe :)
Use the PULSE app for the installation. It's free and has the fastest speed for downloading. You'll have your own watermarked copy of the instrument. The whole process is described in the Manual.
Once you become my client you'll have all the future updates for free. This updates will include not only the technical fixes, but also new patches and sounds. Furthermore, as a bonus you'll receive discounts on every new instrument.
How to use
Installation
Support and Updates
-1-
-2-
-3-
Grab the Manual
€49